Christmas at the South Pole... 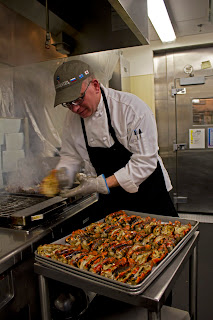 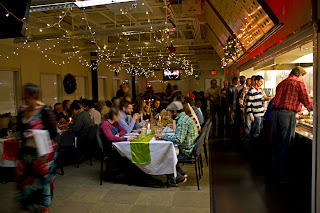 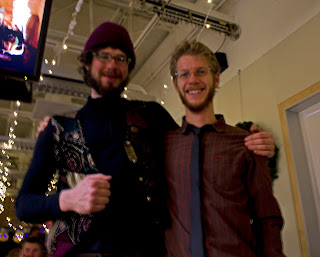 Ed with the magical vest 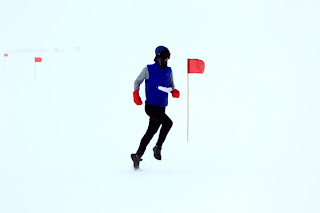 Winning the race around the world 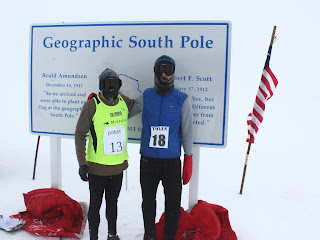 Carlos and I at the finish
Posted by Jamie at 8:02 PM 1 comment:

On Christmas it was 10 degrees F, an all time high for the South Pole. Previous record was 7.5 F. I caught the weather page when it was 9.1F : 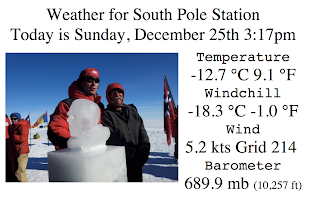 The winter solstice was Dec 22nd down here. I used the south pole to measure the angle of inclination of earth's axis. I got 24.5 degrees, the real number is 23.5 degrees. 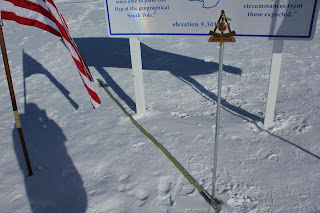 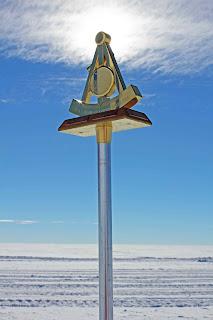 Dec 14th, 2011 marked the 100th anniversary of Admunsen's arrival at the South Pole. The Prime Minister of Norway was here to celebrate. 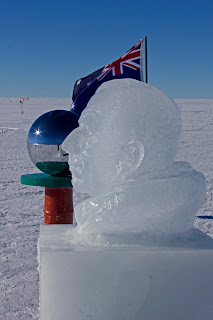 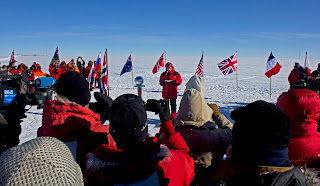 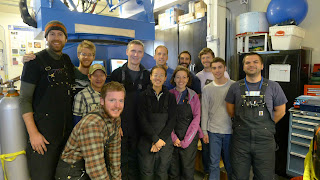 Prime Minister checks out the telescopes 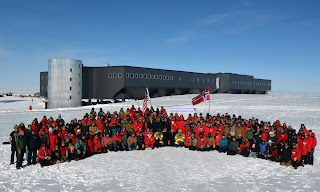 Group shot
Posted by Jamie at 6:11 PM No comments:

In the beginning of December the traverse arrived from McMurdo. There were 10 guys who drove the ~800 miles in seven or eight vehicles, so of which you can see below. This is only the 6th traverse in history.
The main purpose of the traverse is usually to deliver fuel to the station, however, this traverse is on a mission to remove an abandoned station another 500 away from here, so they didn't have much fuel to spare. Usually the fuel come in the LC-130's, and it takes two gallons of fuel to deliver every one to the station. The traverse is much more efficient, it only takes one gallon for every gallon delivered.
It turns out that I knew two of the guys on the traverse. Cory, whom I had met in the North Cascades doing SCA crews, I knew was coming in, and we chatted about SCA happenings. The other guy was my NOLS instructor, Paul, from a mountaineering course I took in Patagonia in 2007. The last time I saw him were sharing a snow cave we dug into a glacier on the side of Cerro San Lorenzo during a Chilean blizzard. It was pretty awesome to run in to him down here. 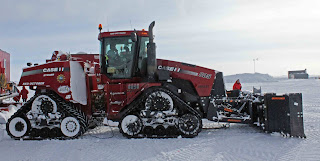 These tractors are custom made for the traverse. 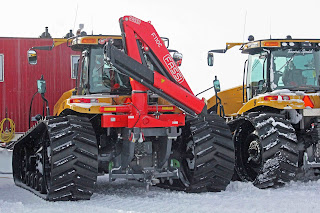 I think these are the best looking. 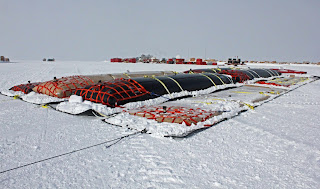 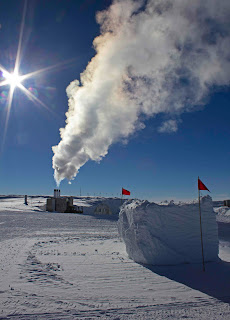 Eclipse at the South Pole

On November 25th there was a partial solar eclipse at the South Pole. I snapped a couple of pictures with a piece of aluminized mylar over my lens. This worked out somewhat, so I stuck a bunch of them together for the image below. 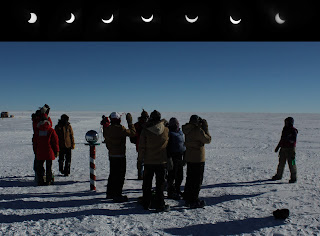