So, after the delay in Chirstchurch, we got on the C17 to McMurdo. Our stay in McMurdo was short; only about 12 hours. Colin and I managed to get in a quick hike up Ob hill, you can see some pictures at the bottom of this post. The sun was low, giving the whole scene a nice yellow glow.
I had a roommate for about 9 hours. He was a grad student going to the dry valleys studying microbes in the lakes there, which are super saline. The dry valleys sounds really cool, lots of interesting things to see out there...the South Pole is a little more mundane.

The next morning we were up bright and early for our flight to pole. After about 3 and a half hours airborne we were on the ground at Pole. The weather wasn't that great, I was a little surprised we landed at all.
Being back at the station felt very familiar. Not much really changes down here. For the past week we've been working hard on the telescopes. We have managed to do some fixes to two of them and will be testing whether we have improved them in the next week.
The first indoor soccer game happened this week too. We had a great turnout, at least 11 people were there to play. Breathing the dry air at 10,000 ft is just about as I remember, hopefully next time I'll be a little stronger. 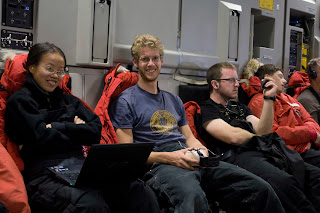 Mom, here is one of me in the C17. With Chin Lin and Randol, and a sleeping Colin. 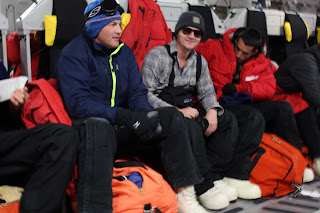 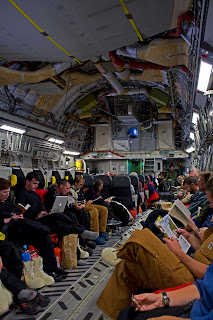 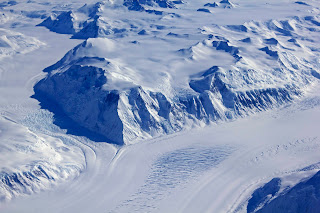 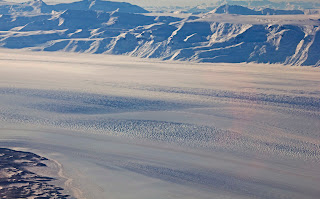 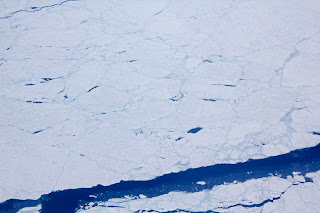 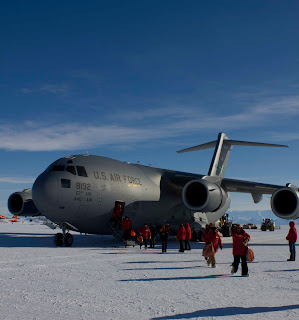 Getting off the C17 in McMurdo 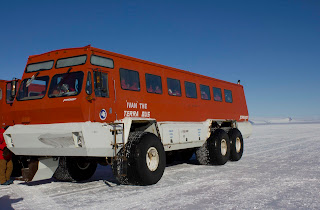 Ivan takes us from the runway to town. 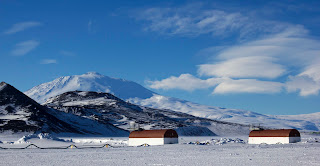 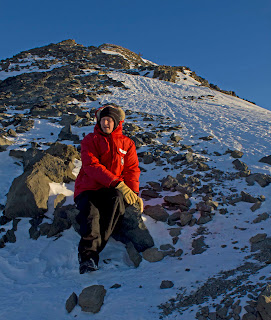 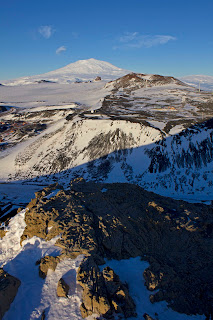 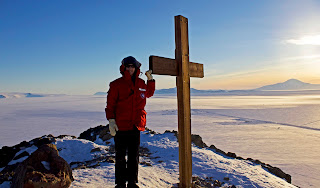 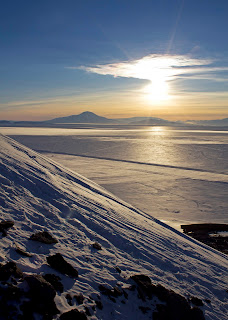 No hidden corners this year. Unfortunately the unicorn is white and blends in with the snow, the missile silo is underground and the burger king went out of business. 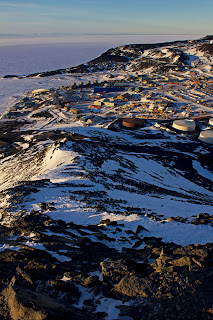 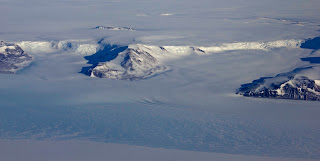 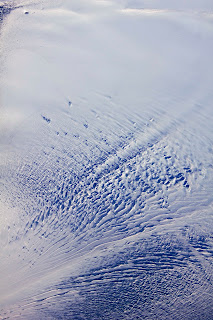 Hello again! I am back at the South Pole, this time for the months of Nov and Dec. I am working on the same project as last year. This year we hope to add two more telescopes to our array, as well as make improvements to the three we set up last year.

My fist posting this year I wrote a week ago when I had just arrived in NZ:

Yesterday I arrived in Christchurch. The flights from SFO were all very smooth, although upon arriving I saw that the airline I had been on, Quantus, had grounded all their flights a few hours after I left due to a labor dispute!
I met up with Randol, Chin-Lin, Zak and Colin in LA, where we managed to watch game 6 of the world series, along with about 50 other people peering through the glass walls of a packed airport bar.
Upon arriving in Christchurch I went for a run near my hotel. I am staying near the airport this year, since the earthquake destroyed much of downtown. It is always weird switching hemispheres, going from the middle of fall to spring time. There are blooming cherry trees, green grass, and the smell of new green leaves on the trees. I am soaking it all up before going to the pole.

We went downtown yesterday evening for dinner. We took a cab from the hotel, since the airport is about 10Km away from the city center. Driving into town, things seemed pretty normal, until we stepped out of the cab. Looking around, everything was just too quiet. The devastation from the earthquake was far worse than I had realized. Nearly the entire downtown part of the city is fenced off with a chain link fence. Almost all the businesses seem closed. My thought as we walked around was that we were in a post apocalyptic Zombie movie.
Eventually we found a street with a few open restaurants and had some pizza.

Our flight to McMurdo was delayed for two days, so we had time one day to rent a car and drive up to near Hanmer springs. We went on a hike on the St. James walkway. The next day, I went on a long run up to the Wairmakariri River, north of Christchurch. It was nice to get to spend a little extra time in NZ. 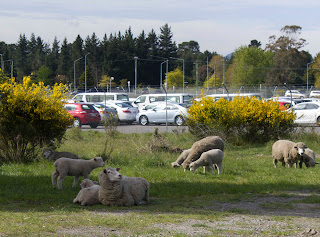 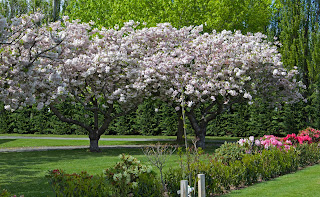 It's spring in NZ! 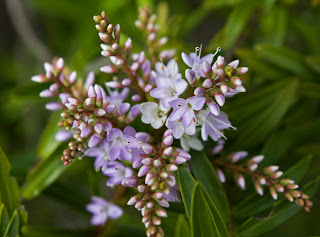 On the way to Hamner Springs 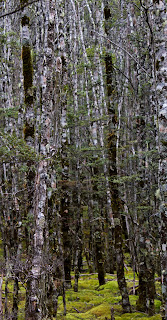 On the St. James walkway 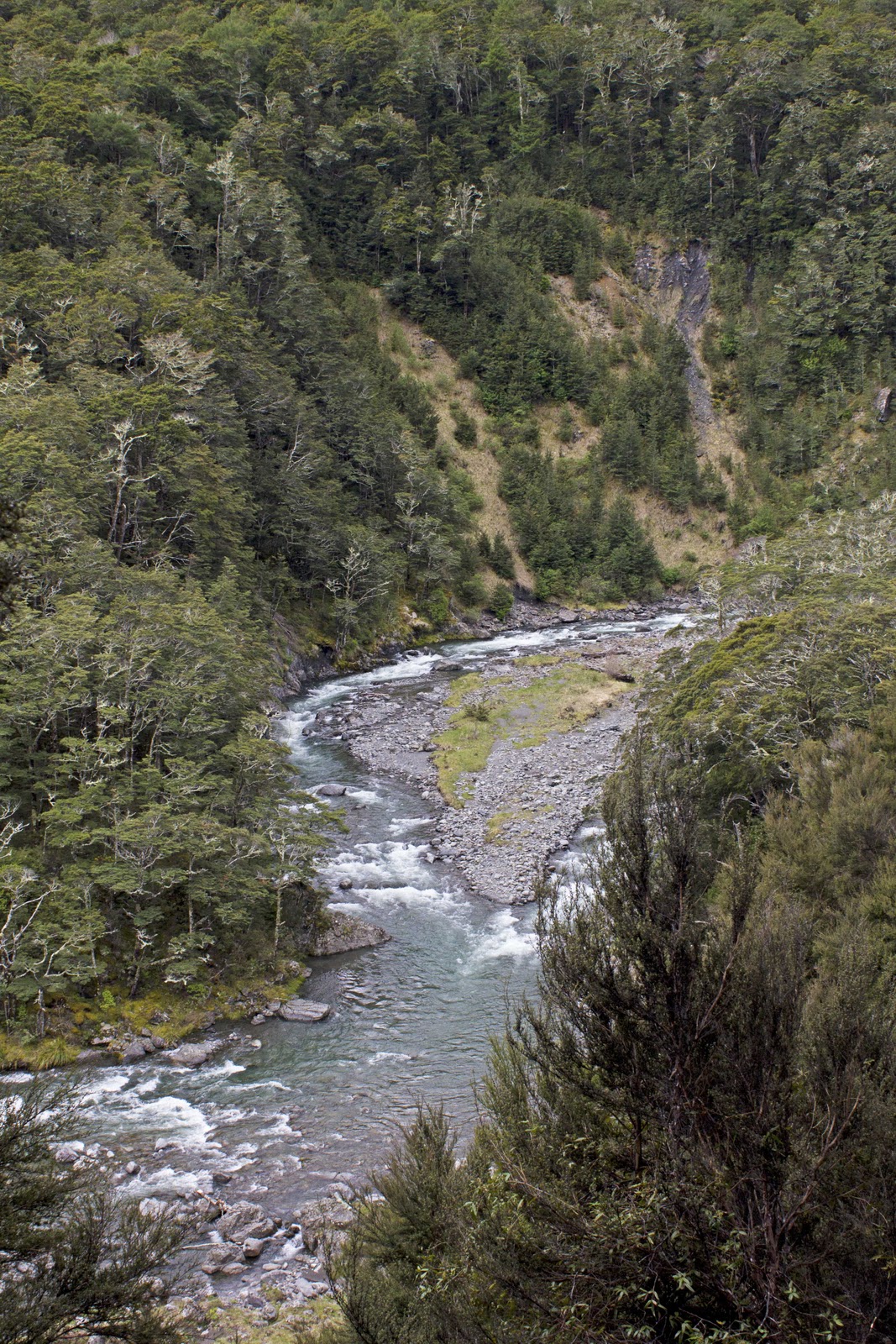 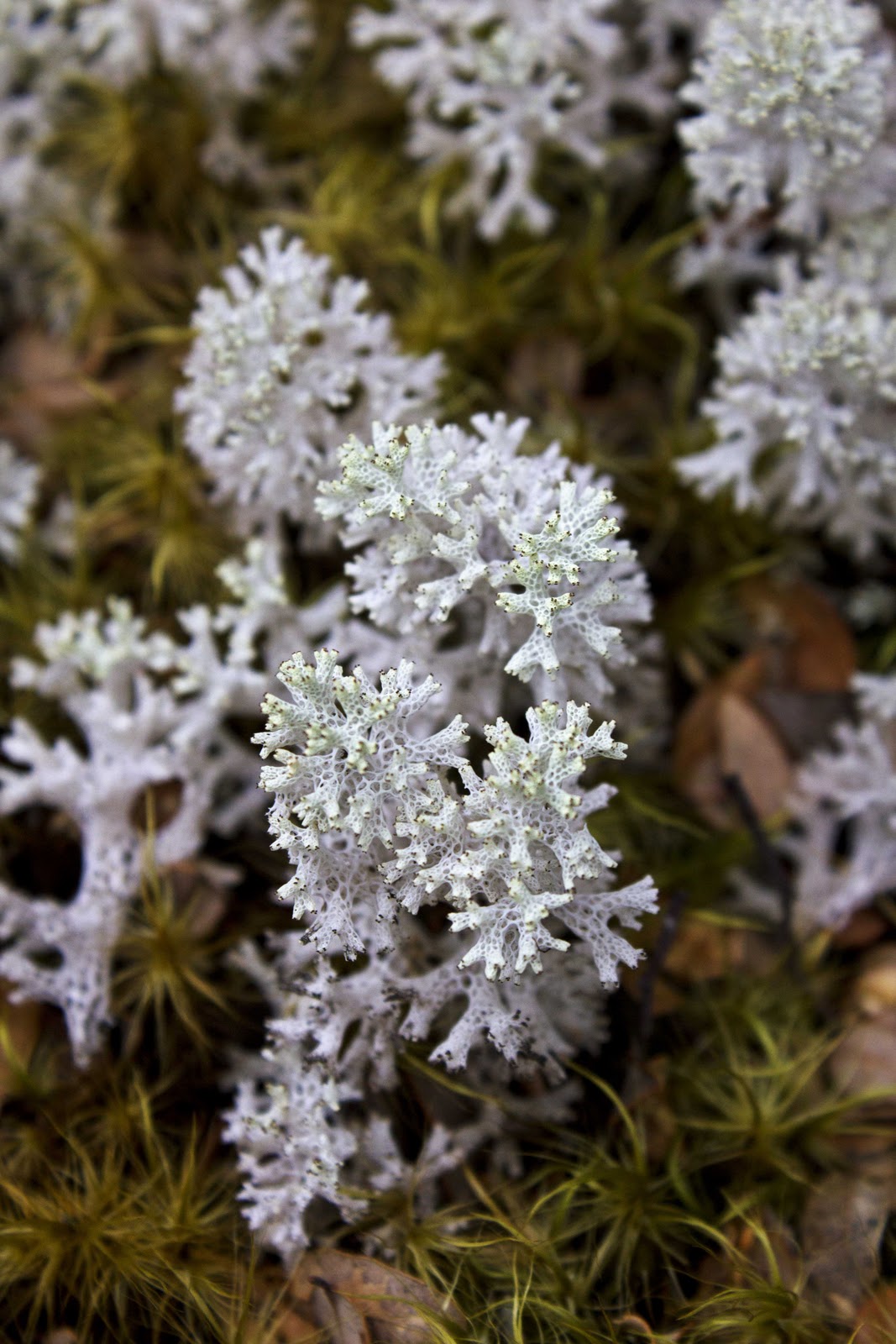 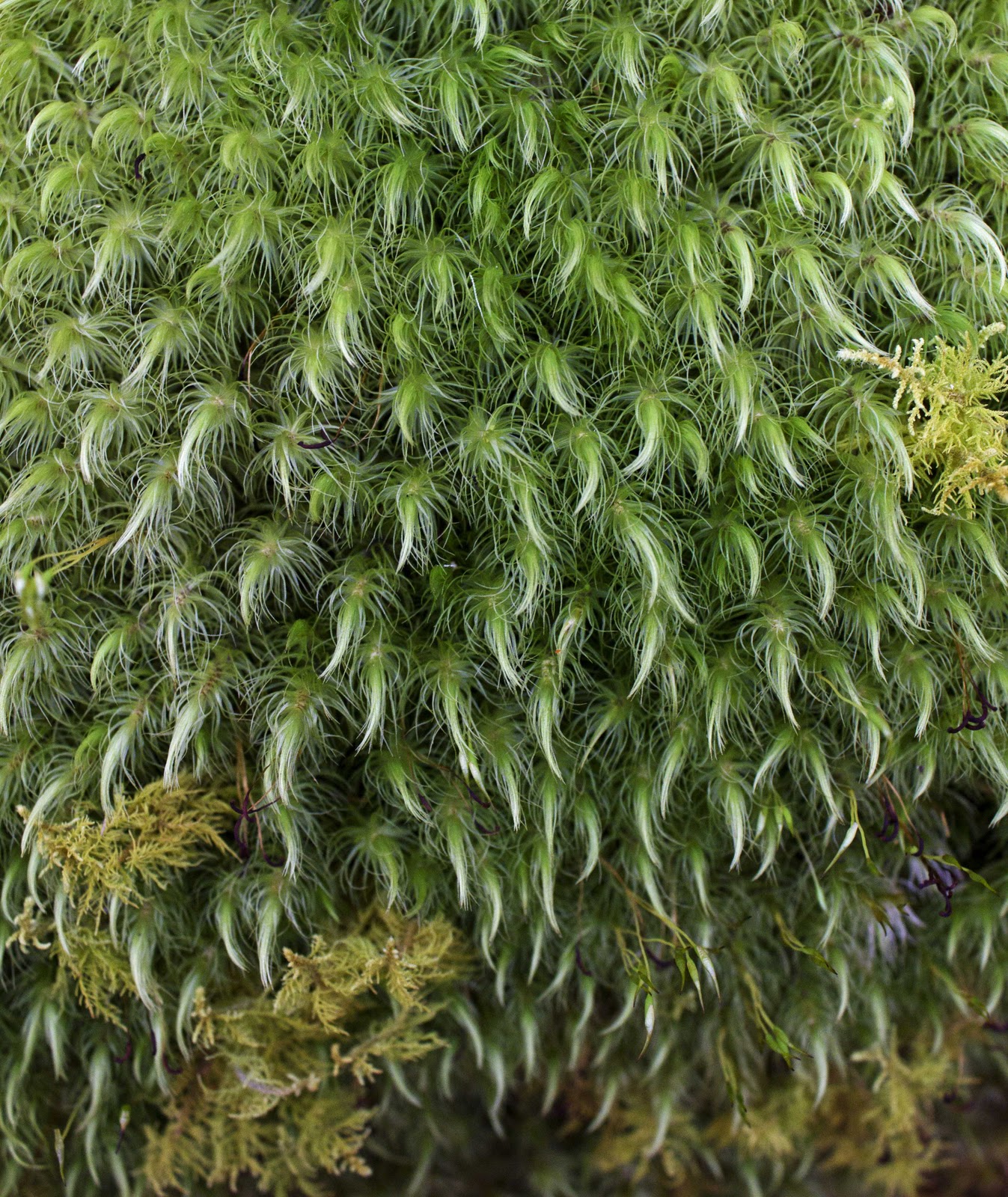 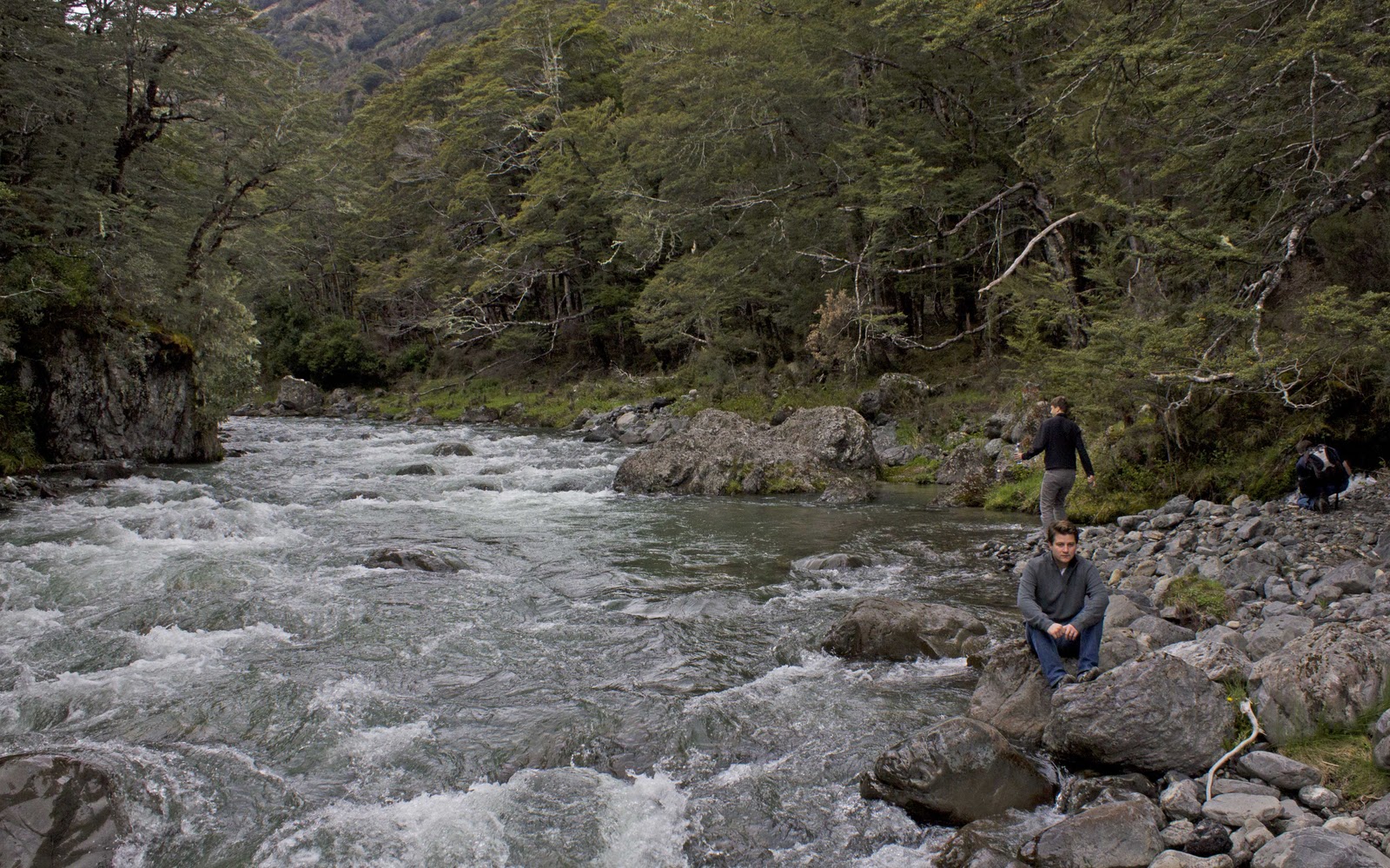 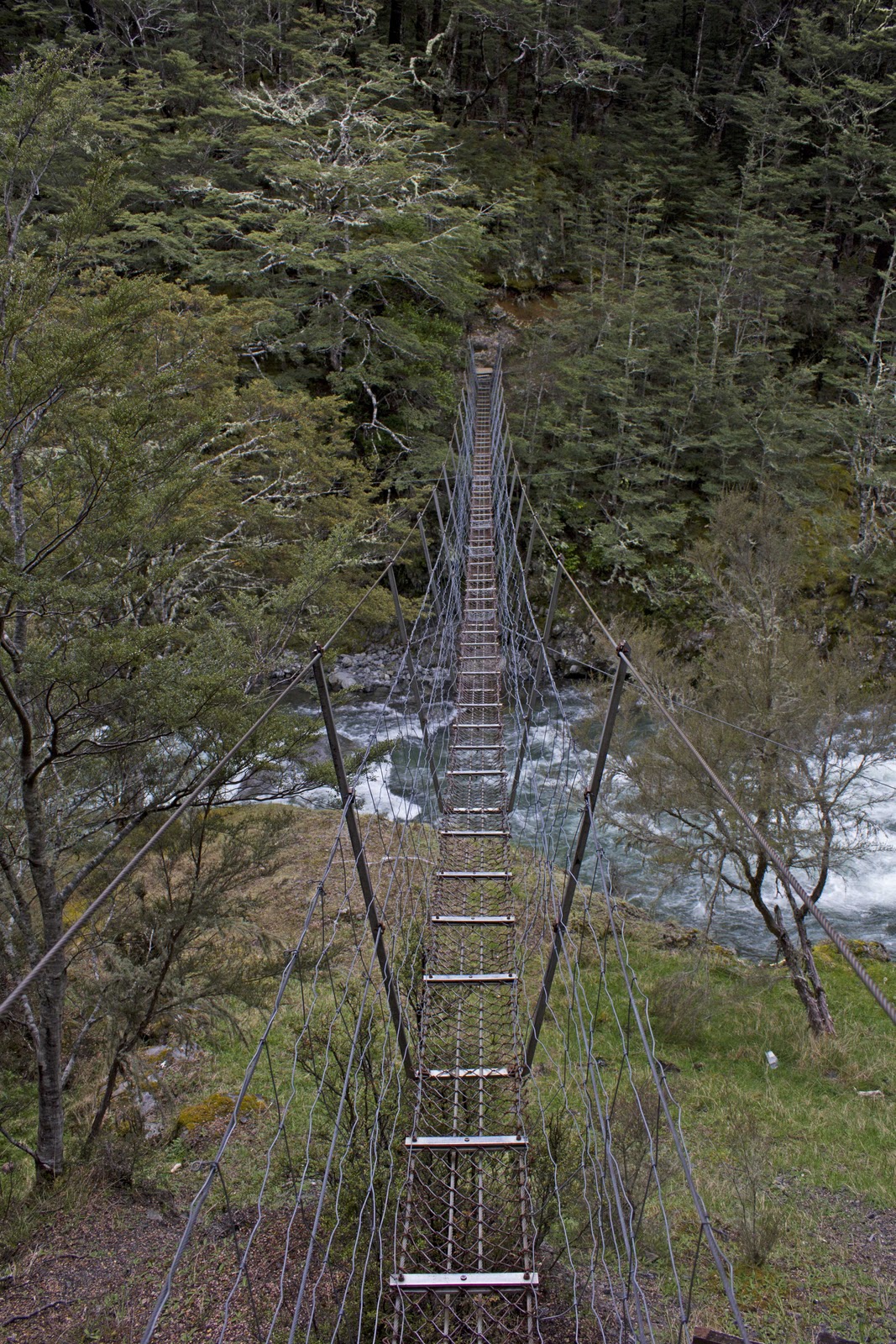 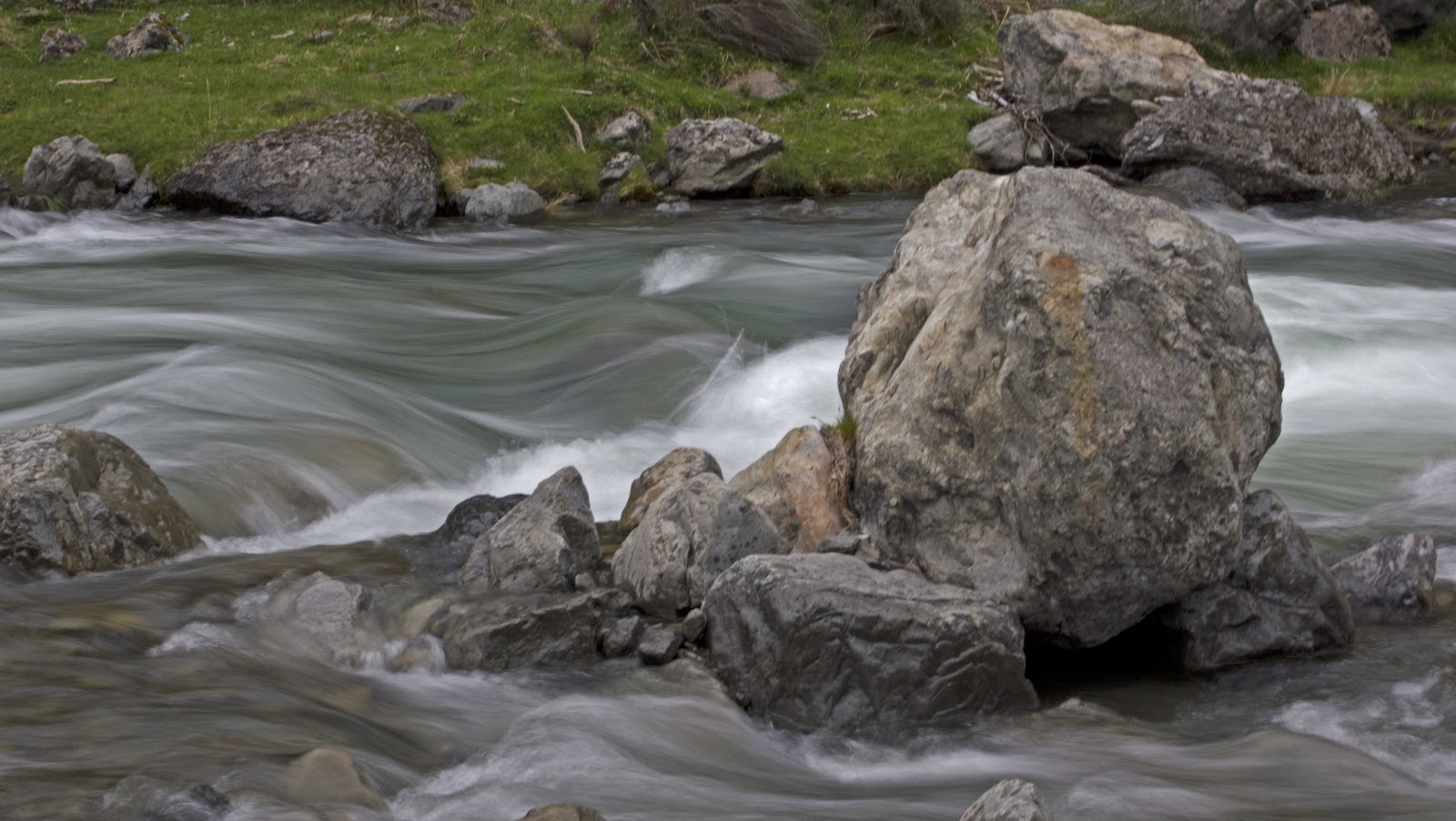