We now have one working telescope on the mount, and hopefully we will put up two more within the week. The picture below is of the building next to us. It doesn't look very impressive compared to the one taken by a digital camera, but in reality, the image taken with Keck is pretty awesome. You have to remember that the resolution of the telescope is intentionally only about a degree across. And of course, this is a microwave image that is polarization sensitive, which is not something your usual digital camera can do.
The SPT dish and the dish in the lower left corner are dark because they are reflecting the sky, which, for microwave wavelengths, is very dark down here. 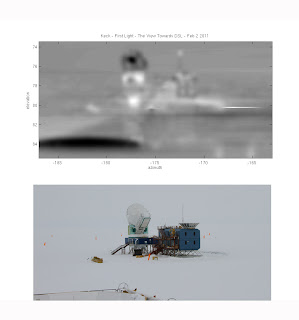 I guess it's been at least a week since my last posting. During that time I participated in the first Pole-ylmics. There were many events: sledge pull, race up the 'beer can' (a set of about 4 stories of stairs), a triathlon (skiing replaced swimming), ride the bike as far into the snow as possible, and a race to see how quickly you can put on cold weather gear.

The first event of the morning was the triathlon. Because of a party the night before, the 9am start time discouraged participation. There were only four competitors: Marco, Sarah, myself and Linda. I was guaranteed a silver metal in the mens category! Marco and I were neck and neck until the skiing. I haven't xc skied in a while. Oh, and we all had to start staggered because there is only one bike. 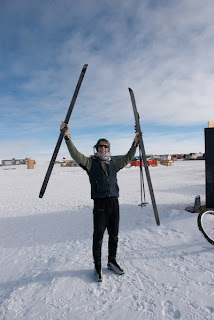 The next event was the race up the beer can. We only raced up the stairs, not down, which I hear was because of safety concerns . I won with a time of 23 seconds. In the picture you can see my winning technique of grabbing the metal cables with my hand to propel myself through the corners. 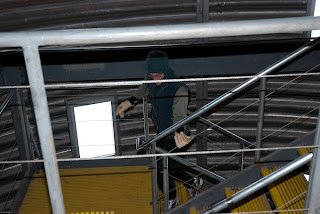 I did not participate in the sledge pull, as I was intimated by the size of Phil. Phil is our big man in the Keck collaboration. He won, with a winning pull of 1100 lbs plus Don. Phil is in the lower picture. 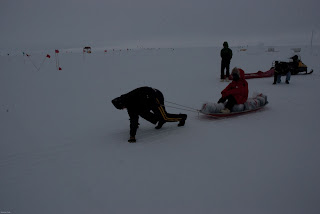 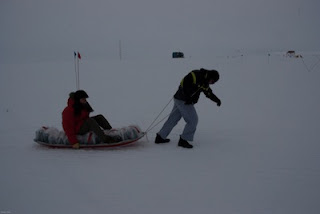 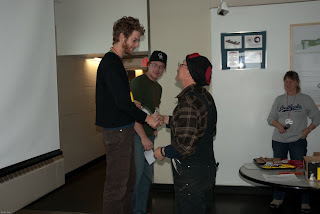 I've also got some pictures showing the progress in the garden. The first set was from about a week ago and the second is from this morning. It is amazing how fast it grows! 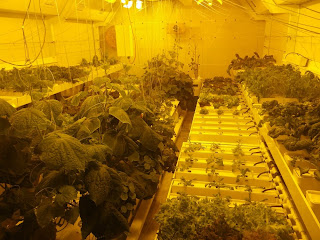 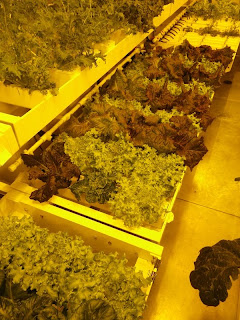 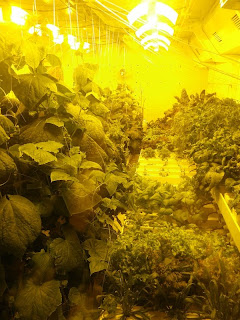 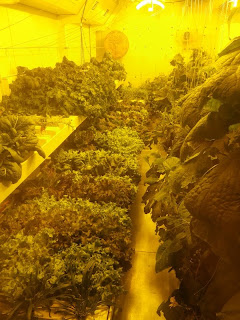