Our first of three Keck telescopes is currently cooling down. Everything in it seems to be working well, although the real tests will come once we get cold. The optics should reach 4K right around Christmas. The focal plane itself will hopefully reach 0.25K a few days later. Here is a picture of it. 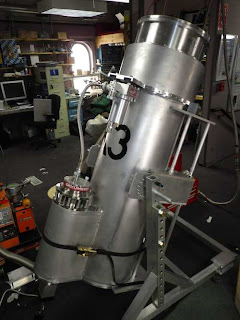 I've taken some other pictures of interesting things around the station. The first is a picture of the traverse tractors. This are the vehicles they drive in from the coast, bringing fuel. I think most of the fuel and supplies still comes by LC-130, and these are more experimental than anything.
I snapped a shot of an LC-130 at the loading area. These planes fly in as often as 5 times a day when the weather is good, but never turn off there engines while they are here. They just load up and take off again. I've heard they are concerned about the engines freezing, but I'm not sure how true that is.
The third picture is of sastrugi, which are grooves in the ice formed by the wind. It always is cold enough here that the snow on the surface stays as a fine powder, and gets blown around, making these formations. (The tracks in the foreground are made by snowmobiles, not wind)
Finally, I found a map of Antarctica that shows a lot of the features I've been mentioning. You can find McMurdo, the Transantarctic Mtns, and the South Pole. 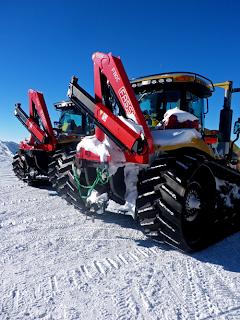 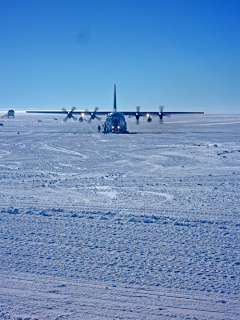 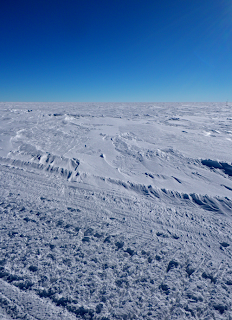 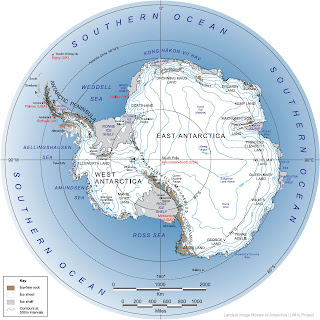 The flight from McMurdo to the South Pole was on a smaller plane, a LC-130. We left from the same runway that we had come in on the previous day, out on the sea ice right in front of McMurdo.
When I got in the plane I found myself conveniently seated near one of the small round windows. This meant I wouldn't have to get up to look out the window, although I did have to lean over a big tough looking guy’s shoulder to see. I hope he didn't mind too much.
The plane headed inland, up the large ice sheet that I had seen from the top of Ob hill the day before. For a while the scenery out the window was featureless; just white snow as far as the eye could see.
Eventually, we turned west and crossed the Transantarctic Mountains (TAM). That’s when things got interesting! The plane was flying lower than the C-17 had, so the glaciers and mountains looked bigger than the day before. As the ice from the polar cap pushes out towards the sea it creates immense glaciers, which pour over the mountains. There were numerous ice falls and seracs, making the movement of the ice apparent.
After the mountains we began crossing the polar cap. Its elevation is about 9000 feet but almost all of that is ice. The weight of the ice pushes down the earth below. Flying over the cap was less interesting than the mountains, but in only three hours we were at the Pole. The landing was so smooth you could have missed it if you weren't paying attention. I'm impressed that the landing was smoother than most commercial flights, even though we were on skis at the South Pole.
We were greeted outside by all of our collaborators that were already at the pole. It was really blowing though, so we quickly went inside. The main station is elevated to keep the snow from piling up in the winter. Even so, it seems like most of the summer is spent plowing snow away from the windward side.
The station itself is really nice: warm, three meals a day, and it almost has a futuristic feel. There is a store, a post office, a game room, a green house, a galley, a sick bay, a tv room, a full sized basketball court, an arts and crafts room, a reading room, and a sauna
The building where Keck is going to be located is across the runway, in what is called the 'Dark Sector' since radio communications are limited there to prevent interference. The Dark Sector contains three main structures: a building called DSL (which contains BICEP2 and the South Pole Telescope), the Ice Cube drilling camp (an experiment looking for neutrinos), and a building called MAPO (which wil soon contain KECK).  After we dropped off our stuff we went over to get a look at MAPO and DSL. It is amazing how well stocked these labs are, even though we are at the South Pole!
I've been down here for over a week, and life has been good. Walking back and forth from MAPO takes about 10 minutes and is actually pretty enjoyable. Besides when I go for a run, it is pretty much the only outside time I get. As I walk back and forth I am sometimes struck by the fact that I am walking on 2500 meters of ice. The horizon is perfectly flat, so it gives one the impression that he or she is on the ocean, only the ocean is frozen and the buildings are ships that have gotten stuck in the ice. 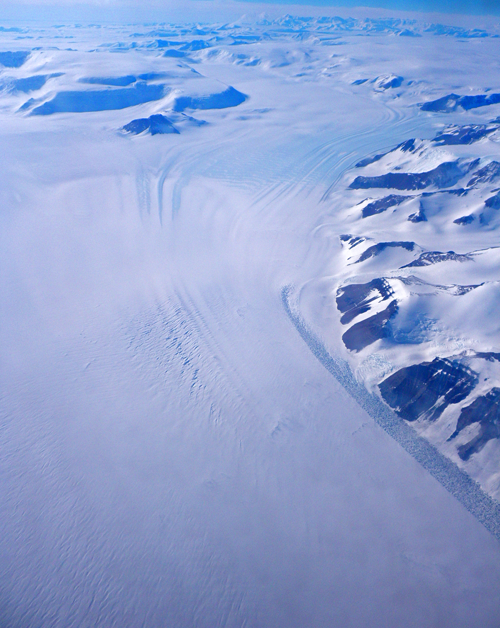 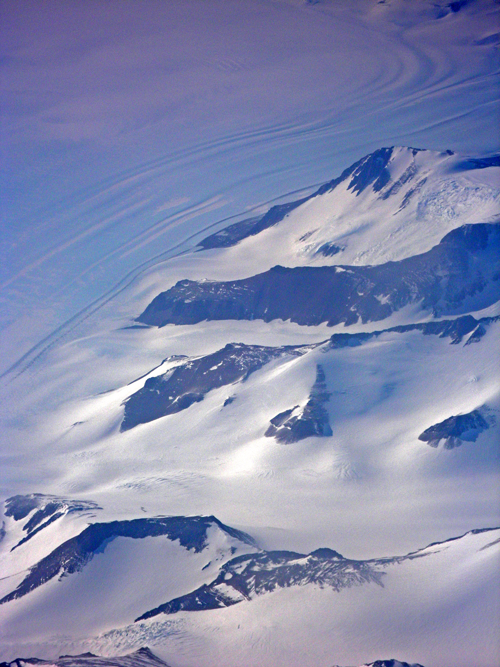 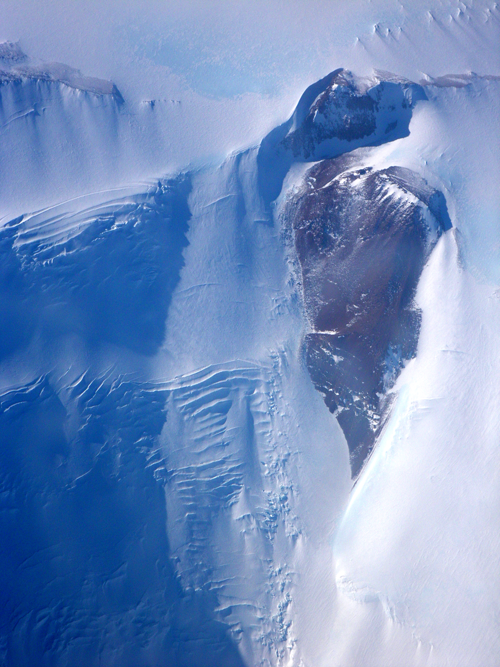 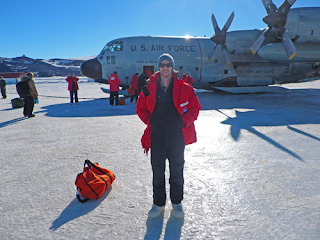 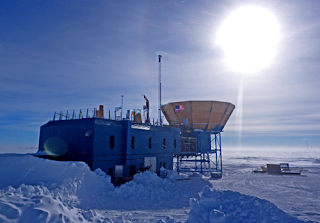 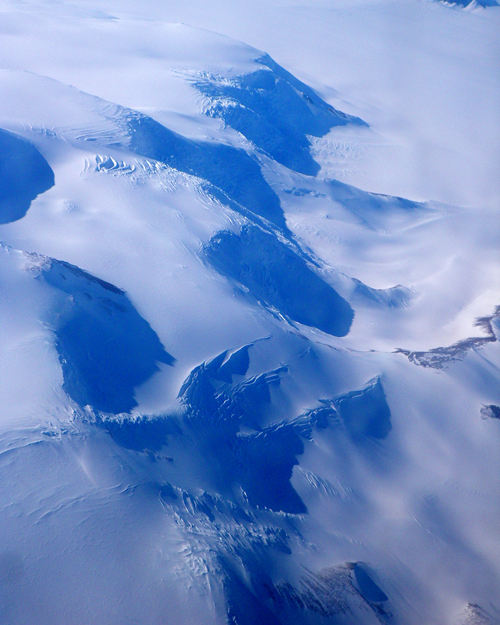 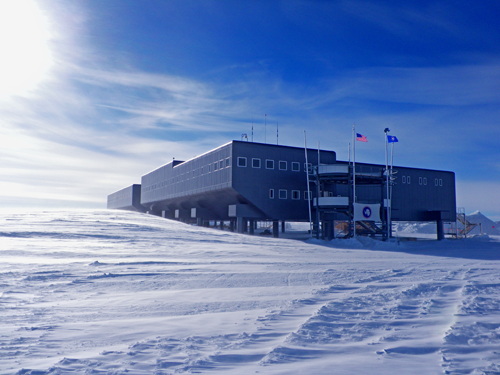 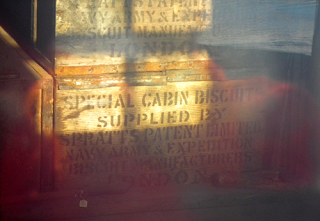 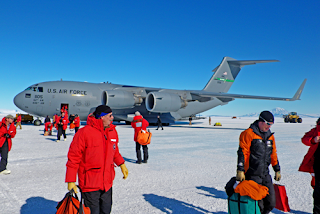 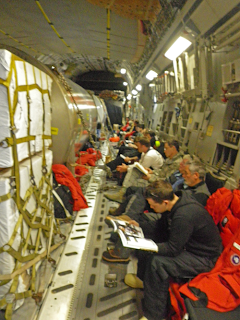 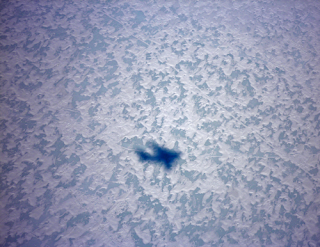 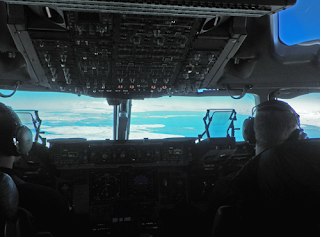 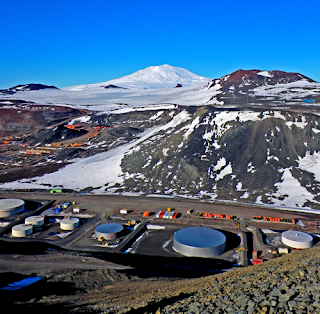 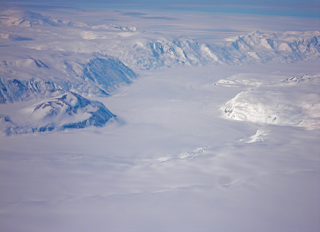 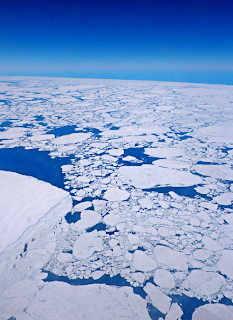 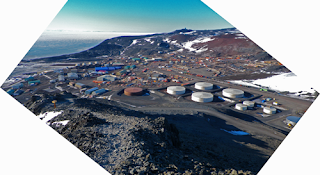 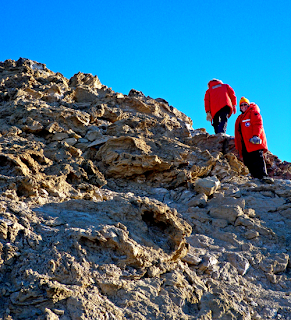 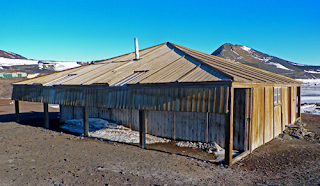 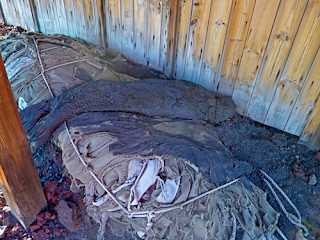 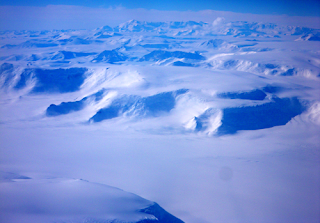 The Beginning / The Commercial flights

This blog is designed to have interesting tidbits about my trip . I imagine if I were reading it (as someone else) I would read some random sections that caught my eye, but not all of everything. As with most blogs, it's probably more of a record for me. Do what you will with it. Disclaimer over.

My flight from SFO left at 7:00pm on Sunday night. I knew this would be plenty of time to get stuff together on Sunday, but I didn't realize how many odds and ends I had to take care of.
I had arrived back in Palo Alto Saturday afternoon after visting Andrea in Seattle, which was wonderful, as always. This was just in time to see my brother and my mom who happened to be in Palo Alto. They gave me a kindle for christmas!
Any way, Saturday night Tomas, Matt and Alex threw Sarah and I a going away party, which I believe to have been a resounding success. Not getting a whole lot of sleep the night before a long flight worried me, but in the end worked out fine. On Sunday I packed, turned off the watering at my garden plot, bought food, and picked up a bunch of stuff from the lab that I am hand carrying down. This means I had to check two bags instead of one.

Alex drove Sarah and I to the airport. It was a dark and stormy night, which seemed fitting. Of course the plane was over an hour late..
In at LAX we ran into Chin-Lin and a bunch of other grad students headed to Antarctica. We boarded the flight around midnight, had dinner, and I fell asleep....until 9 the next morning! Way better than I usually sleep in. This only left 4 hours of the flight left, which was very manageable.
Going through Customs in Aukland, I was intimidated by the hundreds of large colorful signs warning about importing food, so I threw out most of the food I had brought. We also ran into Chao-Lin, who coincidently had arrived at nearly the same time from Hong Kong.

We nearly missed our flight to Christchurch, as the Domestic terminal is a considerable walk from the international. Fortunately, airport security is much faster / less intense than the US.
Christchurch is colder than Aukland, but so far very nice. I'm headed out to buy some food, hopefully I'll have pictures later. 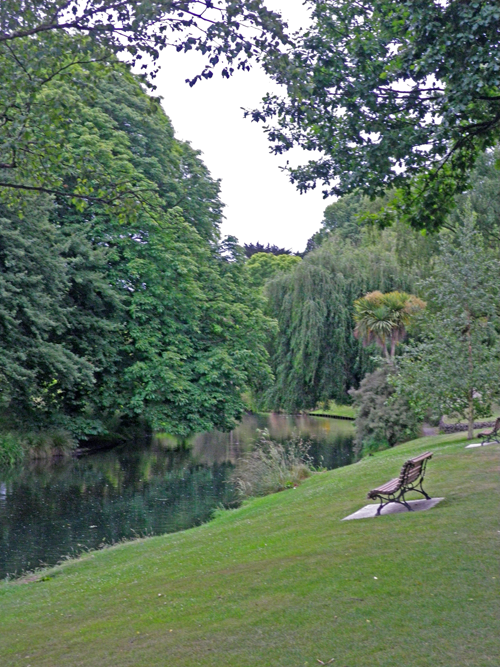 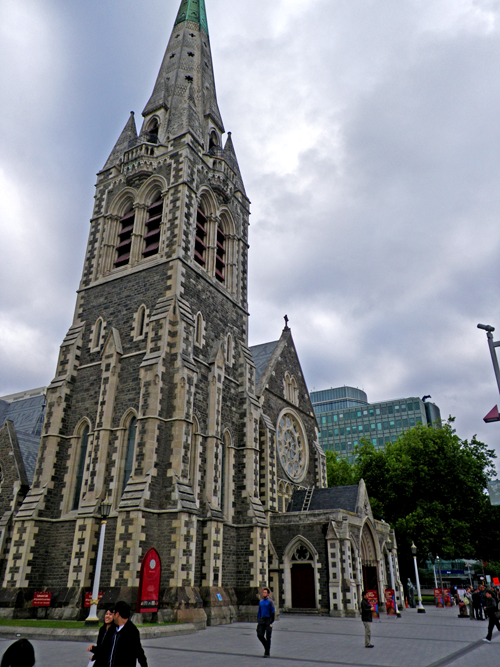 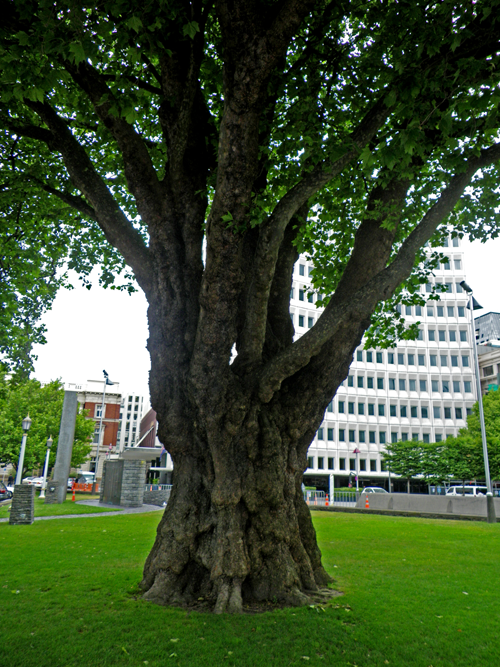